Internally Displaced Persons (IDPs) living in Buea have saluted the Presidential Couple to have thought of them at this festive period.  That the items they have received will be of great relief to them especially as most of them have been sleeping on bare cement floor joined with the cold in Buea. Mbeng Mathias Ndip,IDP, indicated that he has been sleeping in such condition in Buea with his three children. He said that the Presidential Couple’s largesse will relief them especially the mattress and blanket. Another IDP, Eyabi Lynerose noted that with the gifts, they have gotten rice for the New Year Day celebration.
In Buea alone, 300 registered IDPs benefitted from the Presidential Couple’s largesse. Each IDP took home a package made up of a mattress, blanket, 5 kg of rice, 10 bars of soap, 5 tin fish and 6 toilet papers. Each person was also handed FCFA 5,000 to facilitate his/her transportation home. The items shared at the Buea Council premises on Tuesday December 31, 2019 were supervised by South West Governor, Bernard Okalia Bilai.
The Interim Mayor of Buea Council, Dr. Lyonga John Efande, on behalf of the people of Buea expressed gratitude to the Head of State and wife for seeing that the plight of IDPs is addressed. Abba Abdouraman, Divisional Officer for Buea said that the gifts were very timely as could be read from the joy on the faces of the recipients.
Mbeng Mathias Ndip’s greatest desire is to see a complete end to the crisis. It was the same desire expressed by Ayuk James who is anxious to see the North West and South West Regions regain serenity like the post 2016 era. 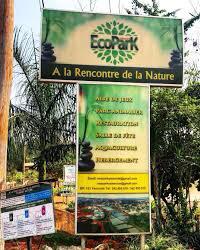