Paul Biya’s 2019 end of year message: “Together, let us make Cameroon a land of great opportunities”

The Head of State Paul Biya addressed the nation on Tuesday night in his traditional end of year speech in which he called on Cameroonians to remain steadfast and join him in promoting peace.

Paul Biya projected to the the February 9 pools and called on Cameroonians to go out massively to exercise their rights. Paul Biya also came back on the Major National Dialogue as well as the special status accorded the North West and South West Regions. Below is the complet address of the Head of State;

Last year, under the same circumstances, I reviewed, before you, the situation in three key areas of the life of our country.

Together, we noted that the security situation in our North-West and SouthWest Regions was still a cause for concern despite calls for insurgents to lay down their arms. Accordingly, finding a solution had to be given priority. We also observed that our economic growth was improving, but needed to be strengthened to stay on the path of emergence.

Lastly, it was demonstrated that social progress in Cameroon is not mere rhetoric. This major complement to our democratic system is making great strides in its various components, namely education, health, employment, etc., although obviously, there is still room for improvement.

How have we fared one year on?

1. Concerning SOCIAL PROGRESS, our objective remains to improve the living conditions of our fellow citizens and, ultimately, eradicate poverty.

This is a huge task requiring significant financial resources. The budgetary allocations devoted to it are substantial, and, of course, depend on the level of government revenue that is also contingent upon the soundness of our economy, which I will be addressing in a moment. In any case, note that the efforts made over the last few years in this domain will be continued and, if possible, stepped up.

2. Regarding OUR ECONOMIC GROWTH, I think I can safely say that it is fairly satisfactory, albeit constrained by an uncertain global context, among other things. Much effort has been made recently to improve this situation under the Economic and Financial Programme concluded with the IMF. Our growth has picked up again, inflation is under control, budget and external deficits are contained and our public debt remains sustainable.

The Government’s 2020 Economic, Financial, Social and Cultural Programme, which was presented recently before the National Assembly, is consistent with this trend. It is based on a 4% growth assumption, which is expected to keep us on the path to emergence by 2035.

Moreover, our draft National Development Strategy for the 2020-2030 period seeks to achieve the same objective. I wish to avail myself of this opportunity to thank our foreign partners, including the IMF which I have already mentioned, the World Bank, the African Development Bank and the French Development Agency, for their budget support and assistance to our structural reforms. Does this mean that we may now rest on our laurels? Of course not.

Our goal remains to become an emerging economy by 2035. However, what with the unstable global context and the tensions that are jeopardizing trade, we may need to redouble our efforts to maintain our country on the path of sustainable economic recovery. I believe we can do it. We must consider such recovery an overriding obligation that will mobilize all our energies. Accordingly, it requires not only improving the living conditions of Cameroonians, but also ensuring the peaceful exercise of democratic rights.

3. Lastly, the SECURITY SITUATION IN THE NORTH-WEST AND SOUTH-WEST REGIONS

Without a doubt, this is one of the most urgent problems at the moment. The
criminal activities of armed groups continue to disrupt public, economic, and social life in these regions, yet various measures have been taken in recent months to reason with these youths, most of who have been brainwashed. They have been called upon to lay down their weapons, and social reintegration prospects have been offered them.

For those who persist in going down the wrong road and continue to use violence, we will have no other choice than to combat them in order to protect all our fellow citizens. Our Defence and Security Forces will, once again, perform their duty with restraint, but without weakness. I wish to reassure them of my full support and high esteem.

Earlier on, decisions had been taken to convince our compatriots in the two regions concerned of Government’s willingness to devolve to local authorities the powers that would enable them to play a greater role in managing local affairs. It had also been confirmed that provisions were to be made to fast-track the promotion of bilingualism and multiculturalism.

Furthermore, it is worth noting that the Nation at large showed support for Government’s policy by expressing, in various ways, solidarity with the populations who suffered the abuses and atrocities of armed gangs.

However, aware of the long period of time required to implement planned reforms, and in a bid to put an end to the hassles and suffering of our compatriots in the North-West and South-West Regions, I decided to open, as from end September – permit me to quote myself – “a Major National Dialogue that will, in line with our Constitution, enable us to seek ways and means of meeting the profound aspirations of the people of the North-West and South-West Regions, but also of all the other components of our Nation”.

I dwelled on this in a message to all our compatriots on 10 September 2019. I had the feeling that the initiative was largely approved by the national public and various international organizations, including the United Nations and many friendly countries.

The “Major Dialogue”, which was preceded, as I indicated, by various peace offers to the insurgents, accompanied by the release of hundreds of detainees, was effectively held from 30 September to 4 October 2019. It brought together a wide array of representatives of Cameroon’s civil society.

Today, I wish to thank all those who kindly participated in the dialogue, and congratulate its organizers, in particular the Prime Minister, Head of Government. It seemed to me that for participants, this marked a great opportunity for communion whereby they expressed their attachment to peace and national unity. I noted with satisfaction that all Cameroonians welcomed many of the proposals made during the Major National Dialogue.

Accordingly, on 10 December 2019, a bill on the promotion of bilingualism and multiculturalism was passed by the National Assembly and the Senate. It provides for equal use of English and French in all our public institutions. I am convinced that the effective implementation of this law will strengthen our country’s bilingual nature.

Furthermore, on 15 December 2019, a bill to institute the General Code of Regional and Local Authorities was tabled before our two Houses of Parliament, namely the National Assembly and the Senate, for consideration in an extraordinary session. Thus our Members of the National Assembly and our Senators passed a law with decisive breakthroughs in our decentralization process, notably regarding the status of local elected officials, the functioning of local assemblies and the allocation of additional, substantial financial resources to regions.

Concerning the North-West and South-West Regions in particular, the special status granted them takes into account the specificities of the Anglophone education sub-system, Common Law and traditional authorities.

As you can see, a new Cameroon is taking shape; a Cameroon that is adapted to present times and looks to the future.

To get to where we are, we encountered many hurdles, and as in the past, together, we overcome all of them.

In this seven-year term of Great Opportunities for Cameroon, the Major National Dialogue has paved the way for our country to resolutely embark on the path to peace, national unity and progress, which are values that have always made our country great.

Before concluding, I would like to say a few words about our democratic system. When the conditions were right and, together, we laid the foundations of democracy in our country, I was aware that the road would be strewn with obstacles. This actually happened, but we have been able to make remarkable progress. Unfortunately, a minority, in Cameroon and abroad, seem to have forgotten the rules that govern life in a democracy.

Needless to recall that the sole arbiter in a democracy is the sovereign people. When the sovereign people make a choice through free and fair elections and the results are proclaimed after review of petitions, such results must be recognized and accepted by all.

Neither the social media nor news outlets can change the outcome of an election, talk less of illegal protests, violence and personal or hate-filled attacks.

Remember, I once said “Let’s talk, let’s not fight”. Such is the behaviour of the citizens of a democratic country.

Participation in the democratic life of one’s country requires compliance with its rules and joining political parties which carry out their activities within the confines of the law. This will be tested during the upcoming 9 February 2020 municipal and legislative elections.

Security measures have been taken to ensure that all our fellow citizens countrywide exercise their voting rights. Where necessary, such measures will be ramped up.

Therefore, I urge all Cameroonians who are registered on the electoral roll to go and vote, bearing in mind that they will be electing the men and women who will translate into reality the reforms desired by the Cameroonian people, notably fast-tracking the implementation of decentralization.

Regarding the excesses of some of our compatriots of the Diaspora, whether or not they still have Cameroonian nationality, I believe they should, out of patriotism, refrain from using negative language against their country of origin.

One must respect one’s fatherland, its institutions and those who embody them.

Together, let us make Cameroon a land of great opportunities for economic and social development in peace and unity.

Providing Conducive Football Environment By Richard Kometa 21 janv. 2020 10:43 The Head of State has over the years ensured that those involved in football have good facilities. The results of a football match are only known at the end. Yet, to win any match the... 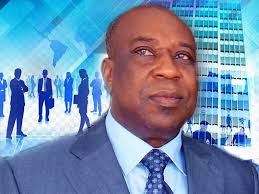 Elections Cameroon (ELECAM) is setting up local polling commissions for the February 9 elections as provided by the electoral code. The commission is headed by a chairperson and members include a representative of the administration appointed by the divisional officer...